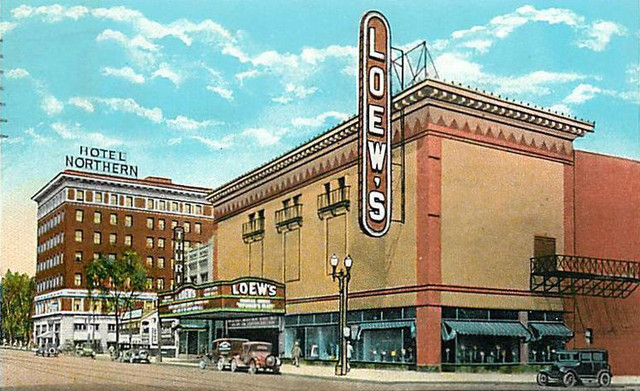 Loew’s Theater was opened on February 7, 1927 with Norma Shearer in “The Waning Sex” plus Art Landy and his Victor Recording Orchestra on the stage. It was equipped with a Robert-Morton 3 manual 12 ranks organ which was opened by La Ross. It still had the Loew’s Theater name in 1955. It was closed by 1957. On May 30, 1963 it re-opened under new owners as the Plaza Theatre, with Sean Connery in “Dr No”. The organ was removed and installed in the Polk Theatre, Lakeland, FL. The Plaza Theatre was closed and abandoned in May 1976, when it was demolished to make way for a high-rise apartment building.

This was the first Loew’s theatre to be built in Ohio beyond Cleveland.
Thomas W. Lamb served as architect.