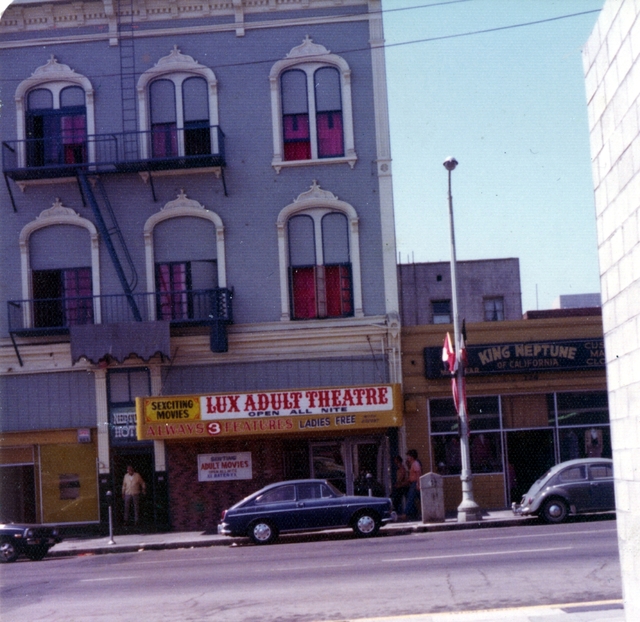 The Lux Theatre was opened in the early-1970’s. It was showing adult films until at least the mid-1980s. The building is now home to an Italian restaurant.