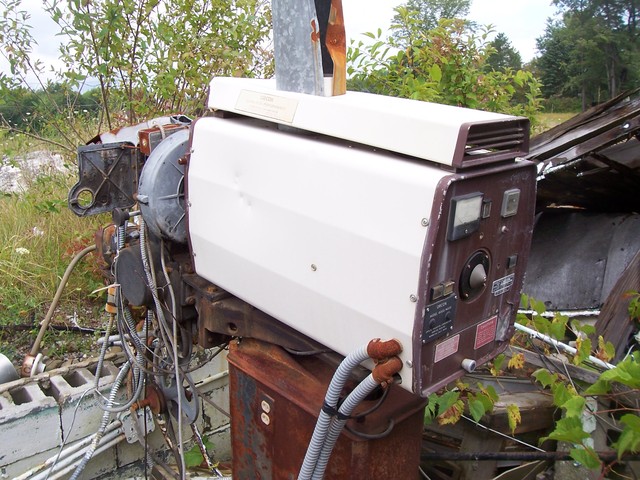 Neat little drive-in across from New Castle Airport. Only about a mile away from the Super Castle Drive-In. The Skyline Drive-In was opened on July 26, 1947 with Dorothy Lamour in “Rainbow Island”. It was operated by the Warren family until 1977. It was then taken over by Cinemette Theaters. I’m pretty sure this one made it to the late-1980’s.

Orange bug: do you still live in the New Castle area?

No, I live down in Pittsburgh, but I still visit New Castle often because I have lots of family there.

The address closest to the site of the Drive-In that registers on Google Maps is 285 Old Youngstown Road, Edinburg, PA

I’m sad to see that there aren’t more comments here, I was so thrilled to see the listing and fondly remember the drive in as a “HIGH-SCHOOL” FUN SPOT on weekends with friends! I do remember the problematic revolving airport beacon. reading that comment put a smile on my face.Thank you!

Riley’s Fun Spot was the place you were refering to. It had a driving range, batting cages, miniture golf, and an ice cream stand. Unfortunately it is now gone too. It was a lot of fun in it’s day. There was even a bowling alley that was right there next to the drive in. That too is gone. It burnt down. Very sorry to see it all go.

I remember the revolving light from the airport too. I always thought it added to the ambiance of the drive in.

Just uploaded an aerial from 1958

The New Castle News had a story about the Skyline in 2013. It said the Warren family owned it from 1949-77. They “sold the Skyline in 1977 to Cinemette Theaters, which operated it for its final few seasons.”

Much more of course:

A more accurate address for this theater is 314 Old Youngstown Road, New Castle PA 16116. This is across the street from the address above. Now Book and Process Well Drilling. Some ramps are still visible behind the building.

CORRECTION: The Skyline Opened Its Gates On July 26, 1947 With Dorothy Lamour In “Rainbow Island” With No Extras.