The Rex Theatre was opened in the 1920’s. On March 15, 1933 it was renamed Gem Theatre. In May 1941 it was remodelled and became the Star Theatre with seating listed at 312. It was slightly smaller than the Palace Theatre located across the street on Chestnut Street. On January 21, 1943 it was badly damaged by fire.

On October 12, 1949 it was reopened as the State Theatre. It is listed as closing sometime in the 1950’s. It has since been demolished.

The Rex Theatre was a silent era theater opening in 1914 at 151 Chestnut that replaced a saddle and tack store. On March 15, 1933, new operators changed the theater to the Gem Theatre specializing in westerns. Under its new name of the Star Theater, the theater is remodeled by a new owner in May of 1941. A fire at the Star Theater on January 21, 1943 destroyed the interior but left the building intact.

Despite war shortages, the building owners were able to get the supplies needed to rebuild. On June 27, 1943 the “New” Star Theater re-opened. On October 12, 1949, the theater re-opened by the same operators as the Texas and Linda. With its new moniker as the State Theatre, its final name, it had a free preview open house with the Marx Brothers' “A Night at the Opera.” The theater switched to Spanish language films on March 7, 1953 and would drop to just two day a week operation beginning at the end of March 1953. Closing date is not certain. 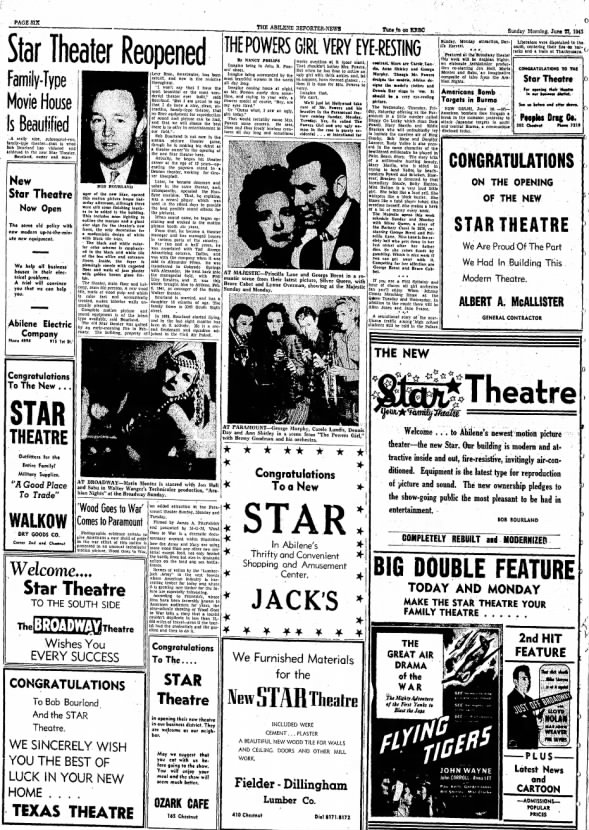