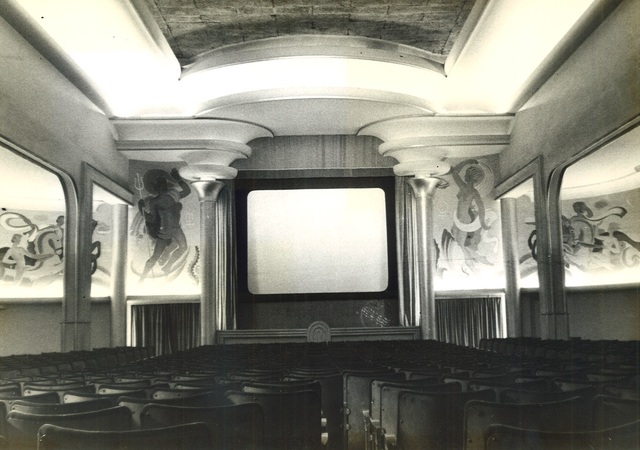 In the centre of Antwerpen, the Carnotstraat goes from the Astrid Plein (where the Zoological Garden is located) to Borgerout. The Astra Cinema was opened in 1936 and was designed by architect Leopold van den Broek. It was part of the Georges Heylen circuit. Another cinema was located nearby on the Carnotstraat at number 84 was the Scala Cinema (screening X-rated films) which was the former Rio Cinema.

The Astra Cinema was a second run cinema after the Rex Cinema, Capitole Cinema and Metro Cinema. It closed on 9th January 1987. It is now a retail shoe shop named Scarpino. The entrance is still recognisable.