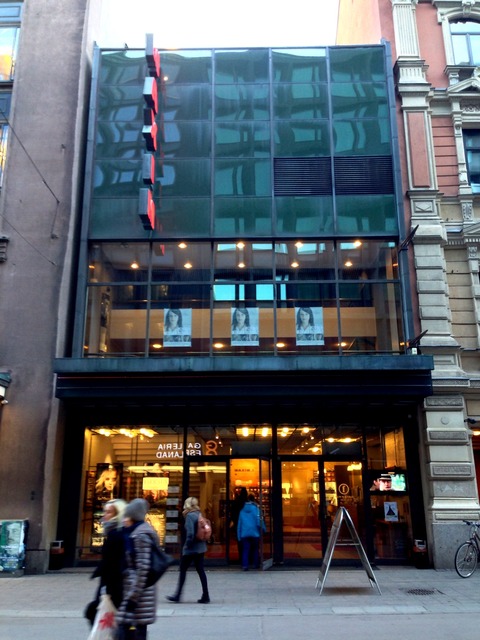 Maxim on Kluuvikatu street has worked continuously at the same address since 1909 and is therefore the oldest existing Finnish cinema. The original beautiful cinema was designed by architect David Frölander-Ulf and it was opened under the name Olympia (1909 - 1923), changing later to Piccadilly (1923 - 1931). Since the 1930’s, the cinema has operated under the name Maxim.

The old Maxim had one hall of about 450 seats. In the early-1970’s, the building housing Maxim had fallen into disrepair so it was demolished in 1972 to build a new two hall cinema by architect Eliel Muoniovaara.

In 1974 the new Maxim opened with two large halls on top. The smaller hall, Maxim 2, very carefully retained the old Maxim’s gilded decor with pictures of interest and crystal lamps. The larger hall, Maxim 1, was divided into a spacious floor with balconies. Sandrew Metronome renovated Maxim in 1997, and was the first cinema company in Finland. Both halls got new seats and performance technology: 360 seats and 241 seats.

In October 2009, Maxim celebrated 100 years of a cinema operating at the same address.

Thanks Ken Roe,I see a theatre like that and bet you finish your buttered popcorn outside in the lobby.lol.

Sandrew Metronome? What a delightful name!

Maxim is now under threat. The plan is to demolish at least screen one and build a hotel on location. The current lease is expiring on May 2015.