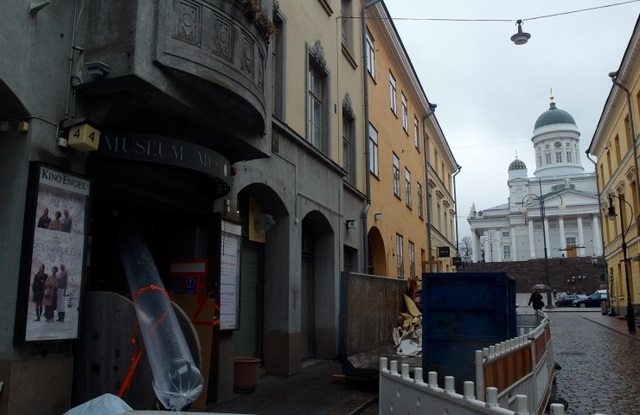 Kino Engel on Sofiankatu street is a two-screen cinema that opened on 20th August 1985 as the two-screen Amanda, named after the famous Havis Amanda statue nearby.

Around the corner and on the same block as Amanda, a Kino Engel opened on 5th May 1995 on Aleksanterinkatu, operating during the summer in Cafe Engel’s interior courtyard. It is named after Carl Ludvig Engel, architect of the cathedral, senate, library, and university buildings on the nearby Senate Square.

The Sofiankatu building was built in 1913 by architect Lars Sonck, and Sofiankatu itself is an open-air street museum showing different lighting and pavement and street furniture from the late-18th century to the 1930’s.