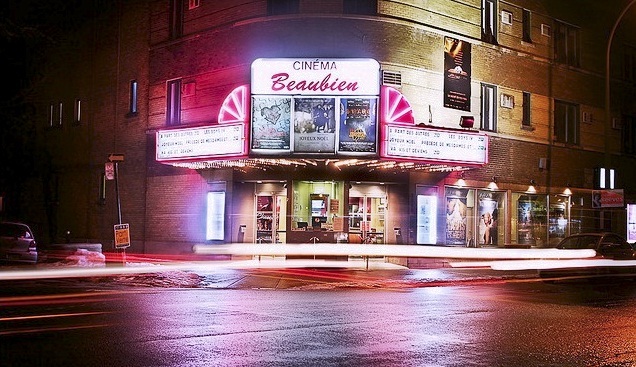 Opened December 3, 1937 as the Beaubien, it was renamed Le Dauphin from 1964-2001. Twinned on July 20, 1968, the theatre was owned and operated at one time by General Theatres and later run by Odeon. The theatre was renamed the Cinema Beaubien in September 2001.

Here is another photo:
http://tinyurl.com/2aeyb9h