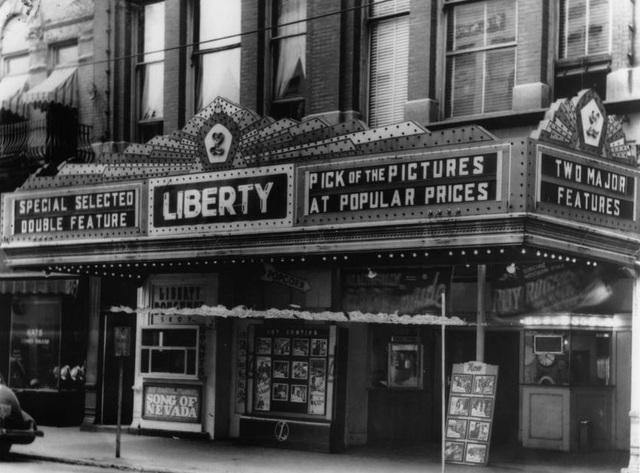 Opened as the Majestic Theatre on June 10, 1907. It was closed in July 1917. New operators took over and it reopened as the Liberty Theatre. Seating was listed at 460.

The Liberty Theatre closed in November 1959 and was demolished in 1962.

A house called the Majestic Theatre as operating at Muncie as early as 1909, when it was mentioned in the March issue of The Nickelodeon. The address was not mentioned, so I don’t know if it was the same house that later became the Liberty. The building in Street View appears to date from the late 19th or very early 20th century, though, so it could well be the same theater.

This theatre was operating as the Liberty Theatre in 1926 so if it was the Majestic Theatre it was prior to that year.

The building housed the original Majestic Theatre which launched June 3, 1907 likely on a ten-year lease. It closed at the end of July 1917. New operators came in and, like many other cities' theaters who had theaters open during the Great War, was renamed the Liberty Theater. The Liberty closed in November of 1959 with “Song of the South” being one of the last shows. It was torn down in 1962 for a parking lot. It is definitely not being used as an office building.

This reopened as Liberty on September 1st, 1917. Grand opening ad in the photo section.

The opening of the Majestic was delayed to the 10th of June, 1907. Two grand opening ads in the photo section.