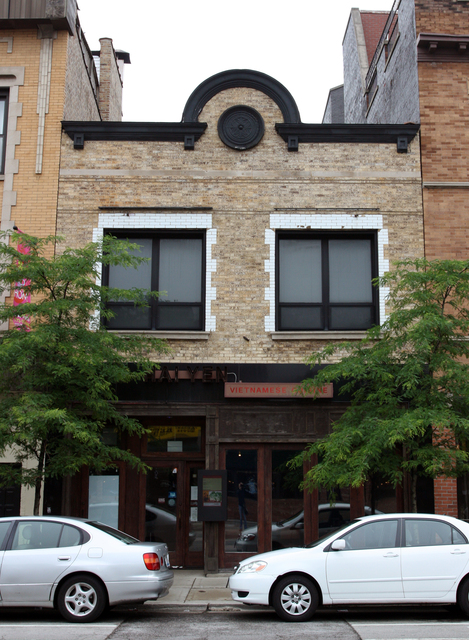 This small theater on Clark Street near Schubert Avenue in Lincoln Park was open as a movie house from at least 1913 when it is advertised in the Chicago Tribune as a venue screening Mutual Pictures. However, by 1910, a nickelodeon managed by Henry and Eva Siebert was operating at the address.

The Orisini Theater must have closed by 1921, because it is listed as Milano’s restaraunt operating at the address until 1932. After this, various retail stores operated at the location including a hardware store, a bakery and a shoe store.

Today, the building is home to the Vietnamese restaurant, Hai Yen.

How many seats did this theatre have?