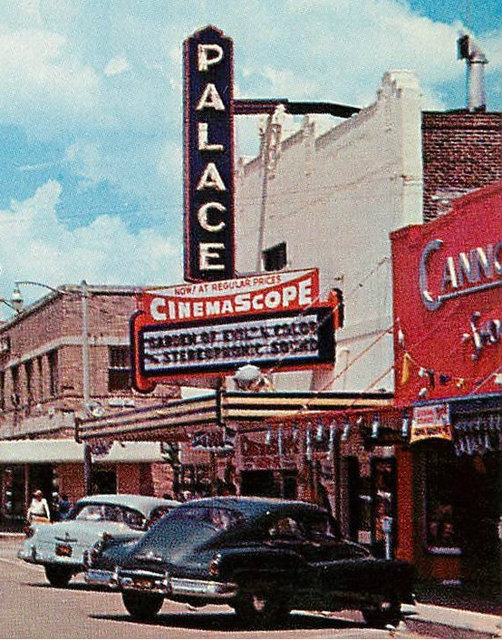 From 1954 a picture postcard view of the Palace and Queen Theaters in McAllen.

If you go to the Google Map and move the gold guy to the corner building which you think is the Family Dollar (but that is the next building 203), you will see a building painted half brown and half cream with Bonita on it. That of course is the same building that you see in the post card.

From the 1940s a photo of Main Street McAllen along with the Palace Theater.

November 2017 shows the building still as split retail spaces. Perfumeria on the left at the corner, and Jyn’s Home Decor on the right. Original facade is still painted two colors. Orange on the left, White on the right.