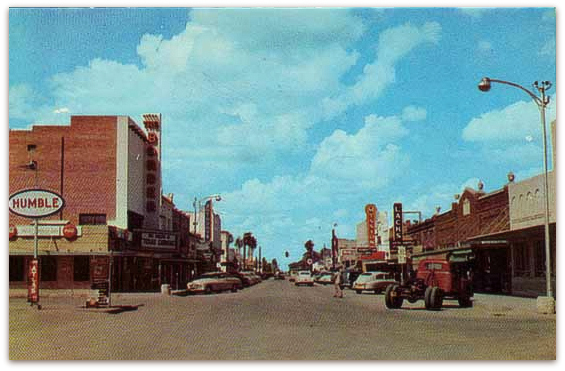 The Mission Theatre was opened by 1914. It was still open in 1963. It was converted into office space and by 2021 was in use by an evangelical church.

Could use an address, more info and photos.

Hey captain Jensen. There’s a link at the bottom of this and every page that says “If you find a mistake, please contact us At Cinema Treasures” to click on. No one’s impressed that you can find mistakes and blog them on the comments section. Especially me.

Any old photos would help locate it. A couple of buildings in that block could be it.

I should be going to the lower valley in a few weeks, I’ll see if I can find time for some photos.

Hey Don Lewis. My Wife the Admiral, at least that’s what she thinks she is, has the GOOD computer. I have an old, old laptop. I have no luck sending emails, just like I have no luck receiving any. I never receive replies to my comments, so I need keep checking back, now that’s a real pain! That’s how I found your above comment.

Not trying to impress anyone, just trying to fix a small typo. Most of the time the Gods at CT catch the changes, but as you can see here they didn’t, so it’s not a very good system, but I have no choice.

From the 1940s a postcard view of Conway Avenue along with the Mission and Border Theaters in Mission.

“There’s a link at the bottom of this and every page that says “If you find a mistake, please contact us At Cinema Treasures” to click on.”

Did that link disappear in the site make-over? I’d like to correct that map view to the correct site on Conway (SH 107) just north of Business 83 (9th Street) but I don’t know how to do that. Present map view takes you to Pelican Street, south of Expressway 83, in a new subdivision.

matt54: The contact link, leading to the site’s e-mail addresses for various purposes, including theater updates, is now in the “About” section, which is linked in the banner at the top of each page.

The map can only be fixed by having a Cinema Treasures moderator add the correct full address of the theater to this page, although sometimes even that doesn’t work. There’s some problem with the interface between Cinema Treasures and Google Maps. Whatever it is, I hope they fix it eventually. It’s frustrating to see so many theaters misplaced on the maps, so far from their actual locations.

Judging from the postcard Don Lewis uploaded, the Mission was across the street and up a few doors from the Border Theatre. Comparing it with Google Street View (you can use the Street View feature on the Border page,) it appears to have been about where Edelstein’s furniture store is now, which would be 922 N. Conway.

Bing Maps has a bird’s-eye view for the location, and though the front of the building has been remodeled, the back wall and roof both look old, so if the theater was there it could still be standing— although I don’t see any evidence of theater-style rear exits on that building. If the Mission was any farther south, though, it must have been demolished to make way for the Texas State Bank building.

I believe the address is actually 1012 N. Conway.. The facade of that appears to be the ole Theatre is still there.. Today it is called “Amigo Rent to Own”.

Goggle’s Streetview,(though last taken in 2019) now seems to show a Spanish language evangelical church using the historic building for worship. I will get updated pics next time I am in the area.