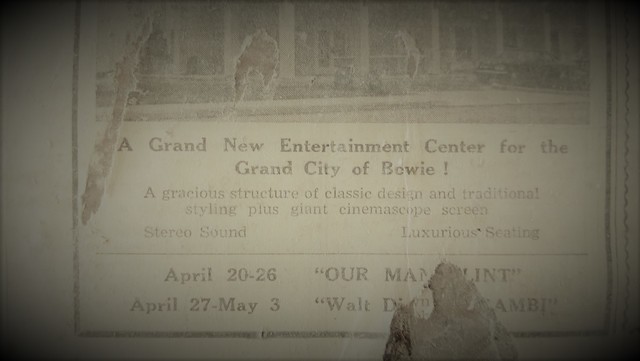 This was a single-screen venue opened as Wineland’s Belair Theatre on April 12, 1966 with Debbie Reynolds in “The Singing Nun”. It was equipped for 70mm presentations. In June 1969 it was taken over by Neighborhood Theatres. It was twinned by them in 1974 and renamed Belair Cinemas. Closed in March 1981. Now a carpet store.

Opened as Wineland’s Belair Theatre Tuesday April 12, 1966 at 8PM with “The Singing Nun” starring Debbie Reynolds. Featuring Cinemascope, stereophonic sound, luxury seating and 70MM capability. Located in the Belair Shopping Center. Built by Wineland Organization for roughly $400,000, as a freestanding colonial style structure. Acquired by Neighborhood Theaters in June 1969 and twinned by them in 1974 and renamed Belair Cinemas. Creating 455 seats in one and 451 seats in the other. Closed in March 1981. Additional history credit Robert K. Headley. Carousel Carpets is the current tenant. Gala Opening night print ad and other photos added.