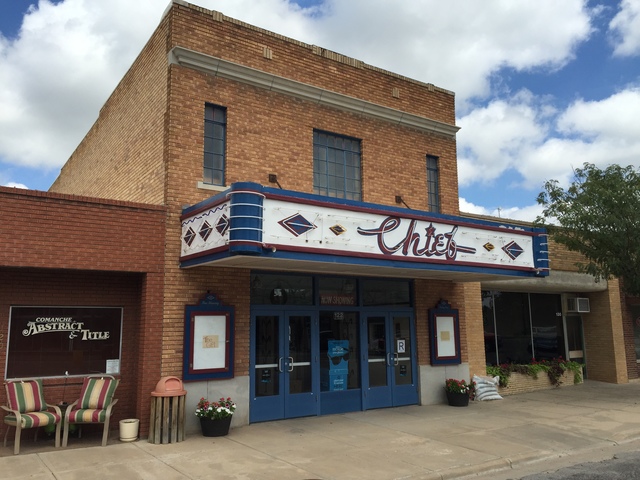 The Chief Theater radiates a nostalgic charm from the days of silent movies, newsreels, and nickelodeons. In its prime, the Chief Theater featured movies every night of the week, weekend matinees, and was frequently filled to its seating capacity of 300 people.

In the late-1940’s the theater was decorated in a Native American theme with colorful murals in the lobby and auditorium which have been preserved to this day.

Currently operated and restored by the Chamber of Commerce, the Chief Theater features current release movies every weekend, projected by a new state-of-the-art projection system.

Also known as the Gossett and listed on the National Register:

New pictures in the photos section. Looks like a new paint job for the marquee between the 2007 photo and the 2015 shots.

According to the March 26, 1952 issue of Variety, that’s about when Sol Frank sold the Chief as part of a deal to buy the Hillcrest Drive-In in Beatrice NE.