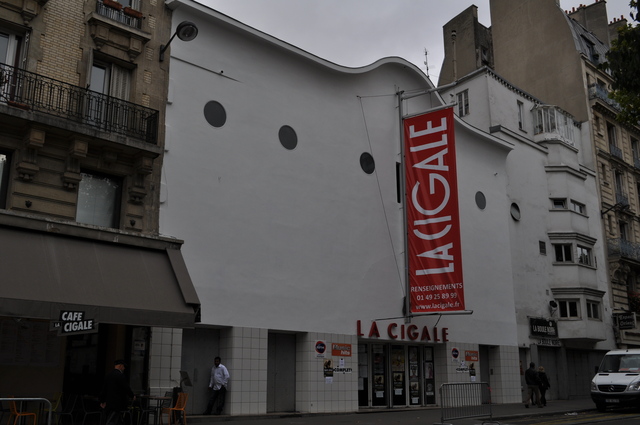 Located in Montmartre district, La Cigale was originally a cafe/concert hall built in 1892. Maurice Chevalier, Mistinguett and Arletty were just some of the stars to appear here.

It was converted into La Cigale Cinema in 1927 when it was given what is known today as a Streamline Moderne style makeover on both the exterior and interior. The seating capacity was 1,088. Today seating is provided for 509 in the in orchestra and 394 in the balcony levels. It continued to operate as a cinema until at least 1985, finally screening a diet of Kung Fu movies.

In 1987 the auditorium was redecorated in an Italian style by architect-designer Philippe Starck, and it reopened as a multi-purpose venue.