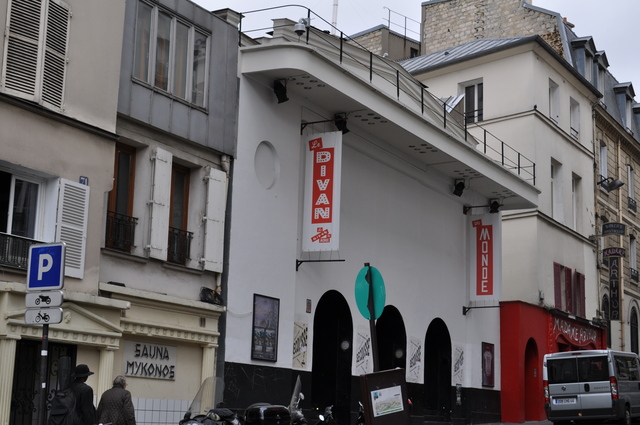 Located in the Montmartre district of Paris. Originally built as a cafe/concert hall prior to 1892, and known as Le Divan Japonais. It was one of the haunts of famed artist Toulouse Lautrec. The seating is located on orchestra and balcony levels.

Later converted into a cinema, by 1946 it was known as the Nouvelle Comedie. Last known as the Amsterdam Pigalle, it was closed as a cinema (possibly screening adult films) in the late-1980’s.

For several years it has now operated as a nightclub, known as Le Divan du Monde, catering for indie rock, punk music fans