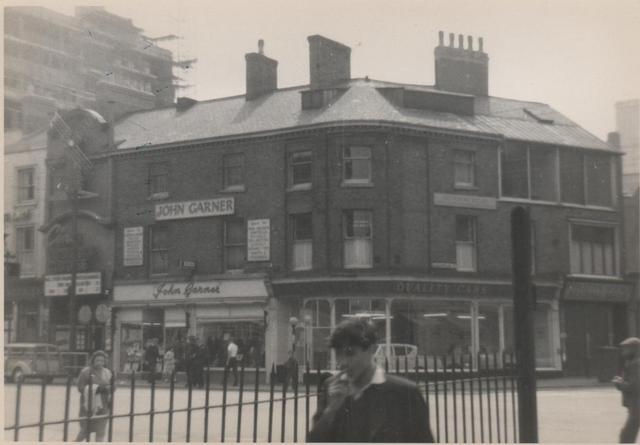 Located on Milton Street, opposite Nottingham’s Victoria Railway Station (now demolished). The Victoria Electric Palace was built by Midland Electric Theatres Ltd. and opened early in 1910, and was stated to be the first purpose-built cinema in the city.

It had a small entrance on Milton Street, with the barrel vaulted ceiling auditorium running parallel to the street behind other buildings, and the screen end abutting onto Shakespeare Street to the right. The majority of seating was on the main floor, but an unusual feature was a small semi-circular balcony with seating for around 10 people, which was at the left-hand rear of the auditorium. It was accessed by walking across the rear of the auditorium then up a short spiral staircase.

In 1918 it was taken over by the newly formed Sherwood Picture House Co., and the name changed to Victoria Picture House. It was still screening silent pictures in May 1930, but eventually had sound equipment installed.

In late-1949, it was re-named New Victoria Cinema, and had been re-vamped. It became the first independent cinema in the East Midlands to be equipped with CinemaScope & full stereophonic sound (courtesy of a helping hand from 20th Century Fox). From 6th June 1954, it screened “The Flight of the White Dove” and “The Roger Wagner Choral” for a season, concurrent with London.

Around December 1962, the cinema was refurbished and was re-named Cine-Moulin Rouge. There was now a ‘windmill’ on the facade, which was illuminated in neon. It began to screen ‘continental’ films, usually (X) certificate, but at school holiday times went over to screening re-issues of family friendly films.

The Cine-Moulin Rouge was closed on 28th February 1970. The building stood empty and unused for a while, and was later demolished when the entire north side of Milton Street was re-developed.