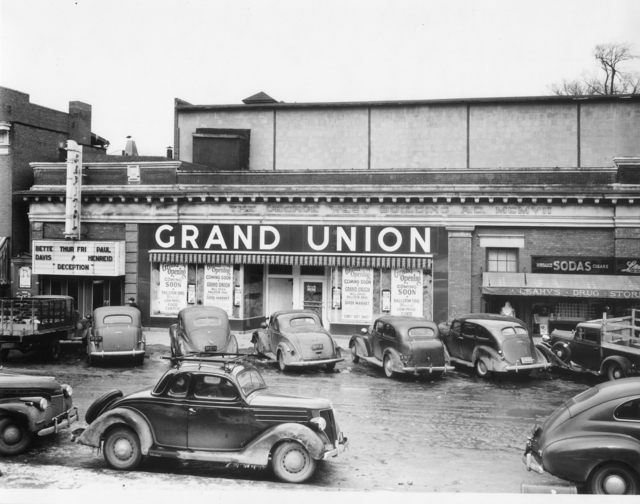 The Capitol is still there, 100% intact. It is on the second floor of the building, accessed on the side street through the curtained-off wooden doors with poster cases on either side. It is owned by the people who operate the pharmacy on the ground floor.

The November 22, 1922, issue of The Saratogaian reported that the new Capitol Theatre in Ballston Spa had opened the previous night. The house was situated on Front Street (CinemaTour gives the address as 10 Front Street, which is probably correct.)

In one of the photos uploaded by joepelletier the building has “The George West Building A.D. MCMVII” on its parapet, (MCMVII would be 1907.) The July 17 issue of The Horseless Age that year said that a garage built for George West at Front and Milton Streets in Ballston Spa had recently opened. It could accommodate 100 cars. That must have been the building’s original function.

The article about the opening of the Capitol Theatre can be seen in this PDF from Fulton History.

The neighboring Grand Union eventually became Fisher’s Variety Store, which used to be one of my favorite stores in the world. It unfortunately closed in 2007 and has been empty ever since.

1957 photo added copyright Dave Gelinas via Flickr. Appears to still be showing films at that time.