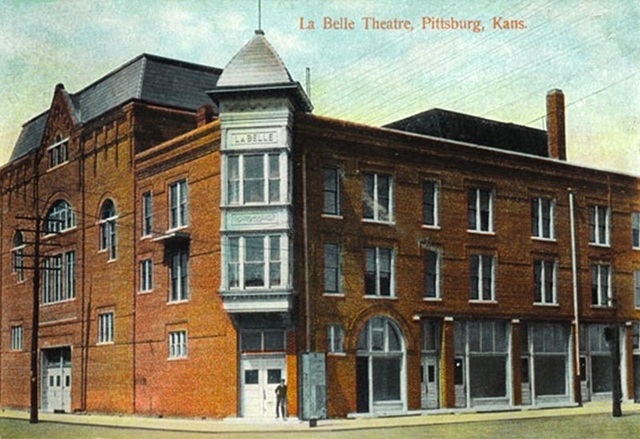 Opened in 1904 as the La Belle Theatre, this short-lived house had the distinction of being the first theater known to have been designed by architect Carl Boller. After several years of service as Pittsburg’s leading venue for traveling stage shows and vaudeville, the theater was fitted out with a permanent screen and projection booth in 1910 and renamed the Orpheum Theatre.

As the Orpheum Theatre, it continued to host a variety of live performances, but also frequently presented movies. The final event at the Orpheum Theatre was an amateur stage show called “Follies of 1915”, presented by the local Knights of Columbus. A few hours later, in the morning of November 24, 1915, a fire that began in an adjacent livery stable spread to the theater, and it was destroyed.