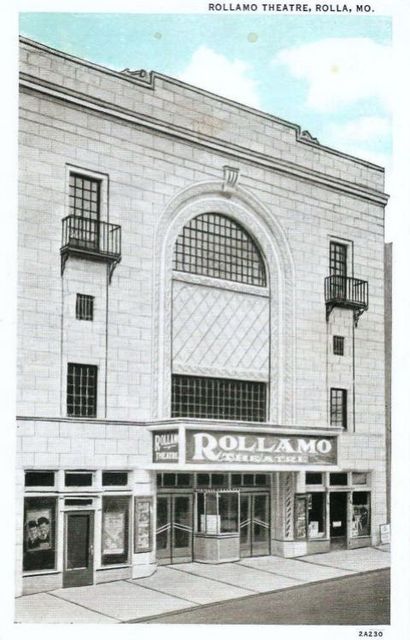 The Rolla-Mo Theatre was opened in August 1931 and was owned by the Lewis Circuit. In 1941 it was operated by Gasconade Theaters and the theatre was remodeled to the plans of Robert O. Boller of architectural firm Boller Brothers.

Robert Boller was the architect for a remodel in 1941 for the Gasconade Theatre Co.

“Rolla, Mo. — Construction bids have been received for the erection of the Rollamo here at an estimated cost of $75,000. Johnson & Mack of St. Louis are the architects.”

The July 30, 1931, issue of the Rolla Herald said that work on the theater was being rushed to have it open by August 5, but the August 6 issue of the paper carried no theater news or advertisements. Advertisements had appeared by August 16, however.

The Rolla Preservation Alliance informs me that the Rollamo Theatre was at 210 W. 8th Street. The drastically altered building is still standing, and now houses a bank.