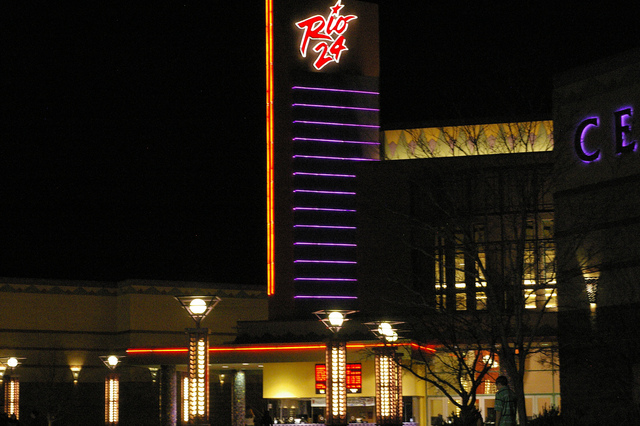 Built on the site of the Albuquerque 6 Drive-In.

Features D-BOX seats in select auditoriums. All auditoriums were upgraded to Cinemark Luxury Loungers in spring 2017.

I guess it makes sense that they reclinered this place, it was Century’s first group up Stadium-Build and so it was built BIG. I remember the hallways there were wide enough to drive cars down and had multiple houses that sat 400+. The small theatres there were probably 120 which wouldn’t make for too low of a capacity once reclinered. Is Cinemark going to continue to put the big recliner signage up when they do these conversions? Some day it’ll be commonplace and will make the place look dated.

Century Rio 24 is reopening its doors on May 1st after being closed due to the COVID-19 Pandemic.