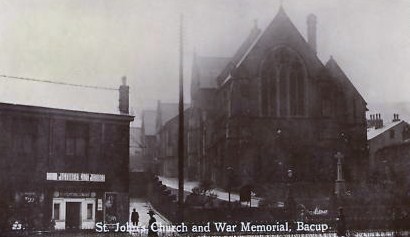 Located in Bacup, Lancashire. The Bacup Public Hall was next to St. John’s Church on Burnley Road. It began screening films from 8th September 1910 and became the Gem Cinema. By 1916 it had been re-named Kozy Picture House.

Sound was fitted in 1930, but it was closed and demolished in 1931, and the New Regal Super Cinema was built on the site.