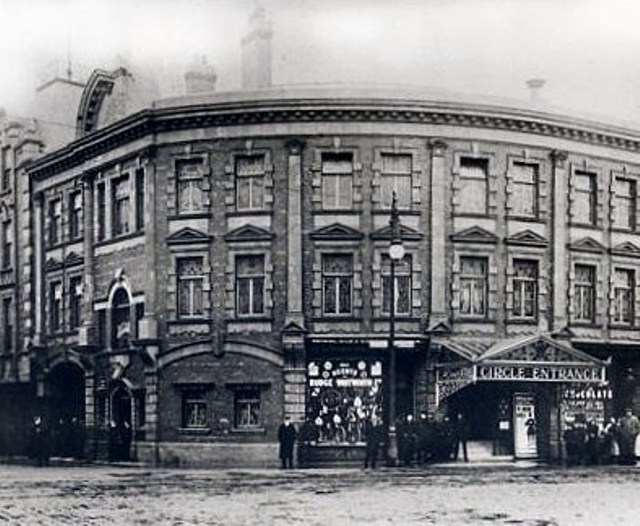 Located in Stockton-on-Tees, Cleveland. The Castle Theatre was opened as a music hall in 1908, the first theatre designed by the newly formed architectural firm of Hope & Tasker. It had a 32 feet wide proscenium and ten dressing rooms. In February 1914, after refurbishment, it was re-named Empire Theatre. Films were being programmed from around 1916, in addition to dramatic plays and music hall shows. By November 1929, the Empire Theatre was advertising itself as ‘The BIG Talkie Theatre’. It was later equipped with RCA sound equipment.

In 1934, it was taken over by the Walter Bentley circuit, but he died later that year, and Associated British Cinemas(ABC) took over his circuit in December 1935.

The Empire Theatre was closed as a cinema on 25th March 1961. It was converted into a bingo club. This use ceased in 1963 and the building was later demolished.

Vintage shot of the interior ( as the Castle Theatre) uploaded.