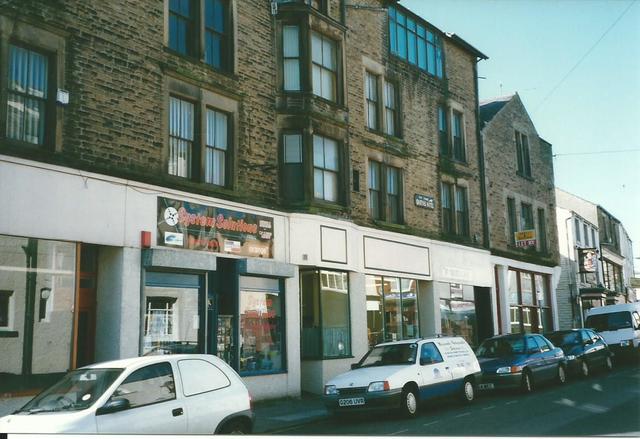 Located in the Lancashire seaside town of Morecambe. The Queens Cinema was opened on New Queen Street on 5th September 1921 with Martin Harvey in “The Breed of the Treshams”. It was built as part of a block of shops and houses. It had a 21 feet wide proscenium.

In October 1929 it was equipped with a Western Electric sound system and was the first cinema in Morecambe to screen a ‘talkie’, Morton Downey in “Mother’s Boy”. At the same time it was re-named New Plaza Cinema.

In 1954, it was equipped with CinemaScope (again the first in Morecambe) when it screened Richard Burton in “The Robe”, and the New Plaza Cinema was taken over by the Coventry based Orr Circuit.