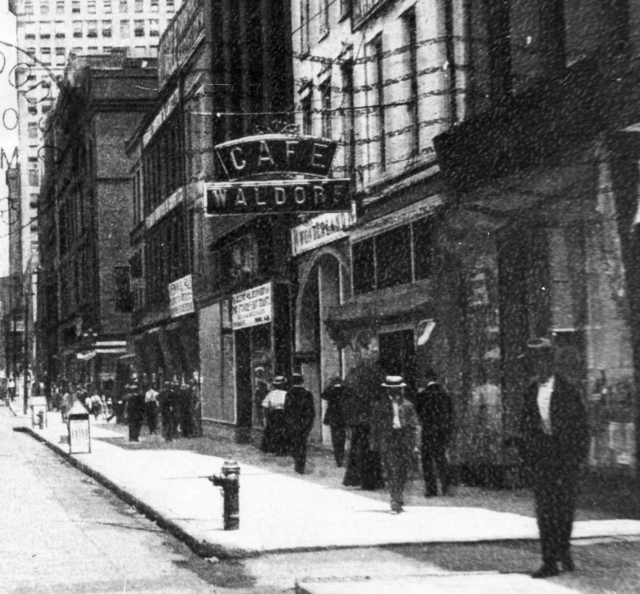 Open from about 1906-1909. It is difficult to ascertain whether the building once housing the Dixie Theater exists or not. There is still a building on the northeast corner of S. Main Street and Barbaro Alley, but it has a later front portion. This is a postcard view of the portion of Main Street containing the Waldorf Cafe from before 1920 at this location. The first listing for a Waldorf Cafe near this address is from 1905-1906.

The Dixie Theater was said to be upstairs, possibly in a former hotel site. Wonderland, also in the photo, could be an arcade or a nickelodeon. No information has been located outside this image and it is just as much an enigma as the Dixie Theater.

This image came from the Memphis Public Library and Information Center and is used with permission.