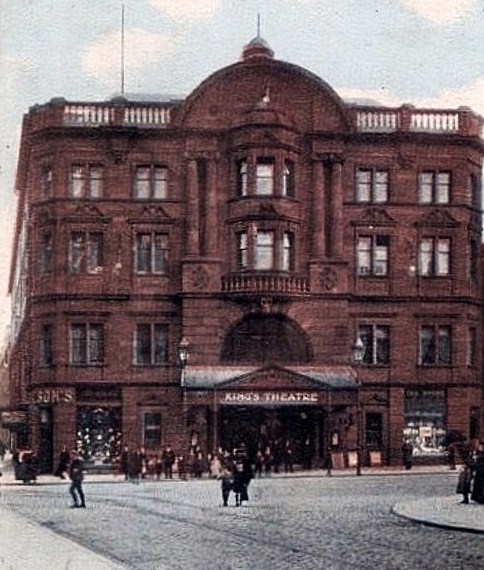 Located in the city centre, the King’s Theatre was built in 1905 as a variety theatre, opening in December 1906 with a production of the pantomime “Cinderella”. It was designed by architects John D. Swanston & James Davidson with a Neo-Classical style exterior, and interiors in Baroque and Art Nouveau styles. Originally seating was provided on five levels in orchestra stalls, dress circle, balcony, upper circle and gallery. In 1951, the gallery seating area was removed, and the upper circle was extended back.

In the early days, it presented films as part of the variety programme. From 1928, the King’s Theatre was part of the Howard & Wyndham Theatres chain. Renovations were carried out in 1985 and again in 2012.

The King’s Theatre is a Grade B listed building.