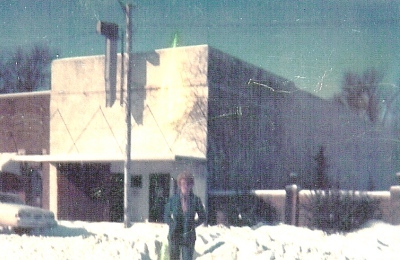 Owned and operated by Ralph Larned who also owned the Paramount Theatre. He converted his wife’s dress shop by adding onto the building and a partial second floor to house the projection booth.

The La Crosse Theatre was opened in December 1950 with seating for 300. The first feature film at the new theatre was “Three Came Home starring Claudette Colbert.

The La Crosse Theatre only lasted a short time. In February 1957, the building was sold and became a dry cleaning plant. The roof of the building collapsed in 1980, and it was demolished.