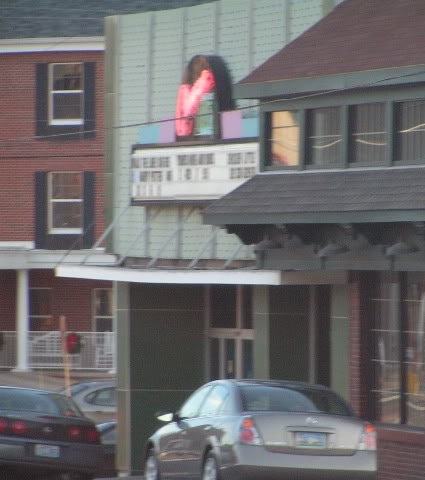 This cinema was opened in 1990 as the Cinema III, a fourth auditorium was added by 2007. The theatre features digital projection and DTS digital sound. Big time features at small town prices.

Status should be closed. According to their Facebook page, it closed on February 1, 2015 after 25 years in business.

Given its downtown location it is quite possible that this was an older theater that was triplexed and renamed Cinema III in 1990. In 1971, Central City had a house called the Towne Theatre, but I’ve only ever found one mention of it, in the June 21 issue of Boxoffice, and I haven’t been able to find out anything about it.

For a long time the main (and perhaps only) theater operating in Central City was the State, opened in 1921 as the Selba Theatre, but announcements of its construction say it was to be 70x112 feet, and the Cinema 4 looks no more than forty feet wide. Also the State was listed in the 1950 FDY with 878 seats, so quite a bit larger than Cinema 4.