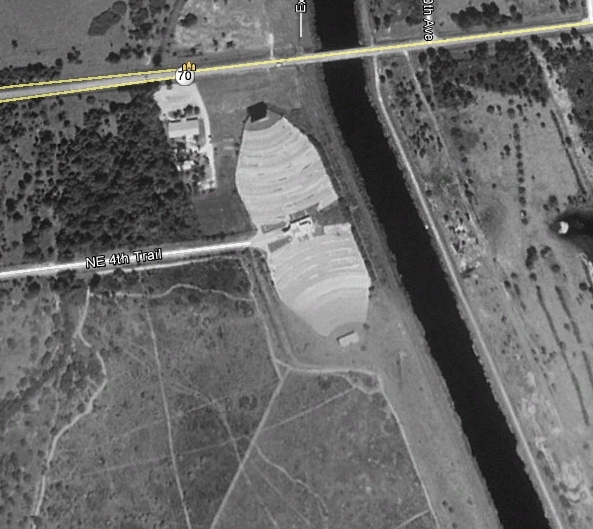 The Skylake Twin Drive-In opened on February 11, 1976. It was located between Highway 70 and Highway 710, about a mile east of Okeechobee city limits.

It closed around 1989. The site of the drive-in is now the 8 Seconds nightclub, but the curved parking areas for the two screens are still visible on current Google satellite images.

The Skylake Twin opened its gates on February 11, 1976 with “Rooster Cogburn” at Screen 1 and “Cantinflas” and “Death Riddle” (translated in English) at Screen 2. Screen 2 mainly runs Spanish films although it sometimes play English films only for the first couple of years, while Screen 1 runs all-English films. The theater closed in or around 1989.