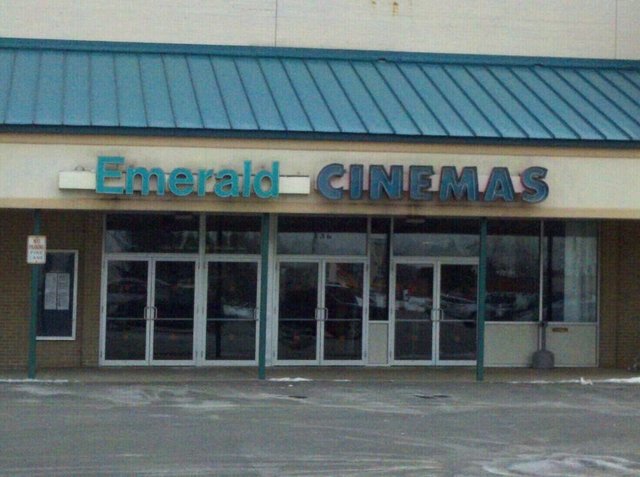 Opened in the late-1990’s as Norma Jean Cinemas, it was built in part of the old K-Mart store. It opened as a 10-screen theater showing new releases. Somtime in the early-21st century it changed hands and was renamed the Emerald Cinemas. The new ownership was a partnership between Bruce Wandell the manager of the Holiday Twin Theatre in Johnstown, NY and Joe Tesero who owned the Amsterdam Riverfront Cinemas in the Amsterdam Riverfront Center (formerly the Amsterdam Mall).

Shortly after the new owners took ownership, the Holiday Twin Theatre and the Amsterdam Riverfront Cinemas closed down. I believe the owners now own the Johnstown Movie-Plex also. The Emerald Cinema was closed on February 26, 2019.