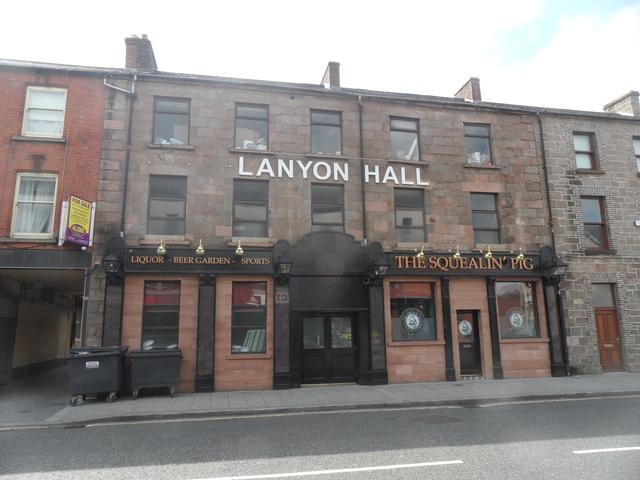 In Cookstown, the Royal Cinema is listed in the 1953 Kine Year Book as being operated by T. A. Quinn, who also operated the Medway Cinema in the town. The Royal Cinema was still open in 1966, and it is not known when the Royal Cinema closed, but it had gone from listings by 1980.

The building was converted into a live music venue Clubland in the 1970’s. This continued until it was refurbished and re-opened on 11th December 2015 as Lanyon Hall (still presenting live music). The hall is named after architect Charles Lanyon, who designed many buildings on this street in the 19th century. The ground floor is home to a bar and restaurant, The Squealing Pig.

Is that Clubland building really only 7 years old?