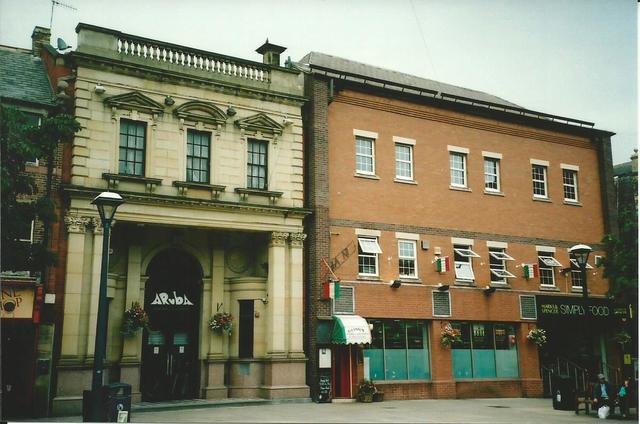 Located in Morpeth, Northumberland, on the Market Place, opposite Morpeth Town Hall. The Playhouse was built as a cinema, opening on 20th May 1915. It was taken over by Wallaw Pictures Ltd. in 1930, and they installed a Western Electric(WE) sound system.

The Playhouse was closed around 1960. The Neo-Classical style façade has now been removed and the building (in 2013) is a Marks & Spencer Simply Food supermarket.