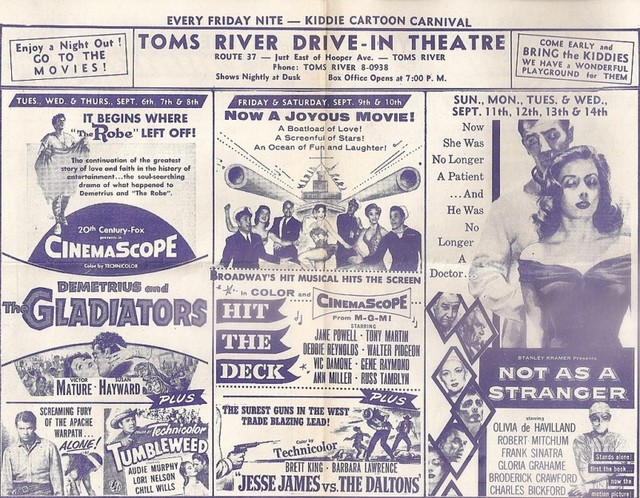 The Toms River Driver Drive-In opened in 1949 I believe. It was opened by Walter Reade Theatres. The theatre had a car capacity of 400 cars at the opening. Sometime in the early-1950’s the drive-in was moved beside the first location. The second location held a car capacity of 792 cars. I believe the purpose of the move was to increase the size of the parking ramp. The drive-in remained open until the early-1970’s. The property was getting to be too valuable to be used as a drive-in theatre. It was demolished and there is a K-Mart store at that location now.

Is there anything on the original drive-in site next door?