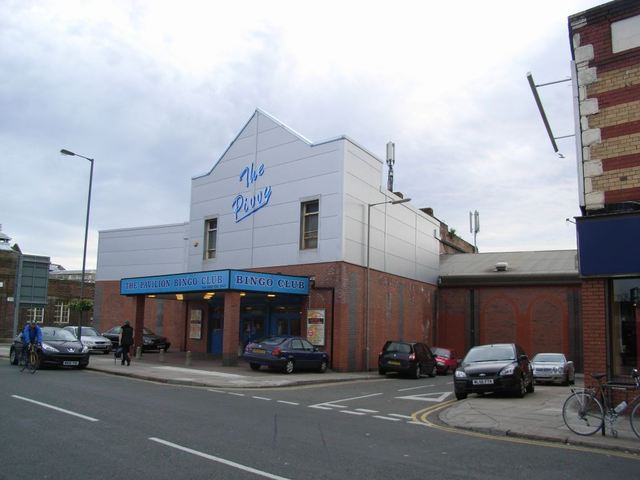 Located in the Toxteth district to the east of Liverpool city centre. on Lodge Lane at the corner of Beaumont Street. Built as a variety theatre for William Henry Broadhead, who had a chain of them around the north of England. The Pavilion Theatre was opened on 24th February 1908. Seating was provided in stalls, dress circle upper circle and boxes. It had a 36 feet wide proscenium and a 38 feet deep stage. It became one of the north of England’s leading variety theatres.

In December 1951 it was taken over by the Manchester based Brennan’s Cinemas chain, and was equipped with an RCA sound system. They continued to operate it as a variety theatre, with some cinema use. Brennan’s Cinemas sold the Pavilion Theatre to Mecca Ltd. in October 1961, and it was converted into a Mecca Bingo Club. At Easter, 1986, the auditorium and backstage areas were destroyed by a massive fire. The front of the building and entrances were save, as were lower parts of the walls of the theatre. These sections served as a snooker club and disco for several years.

It was taken over by an independent bingo operator in 1992, and a new 900-seat bingo club was built on the site of the auditorium. It continues to operate in 2014.