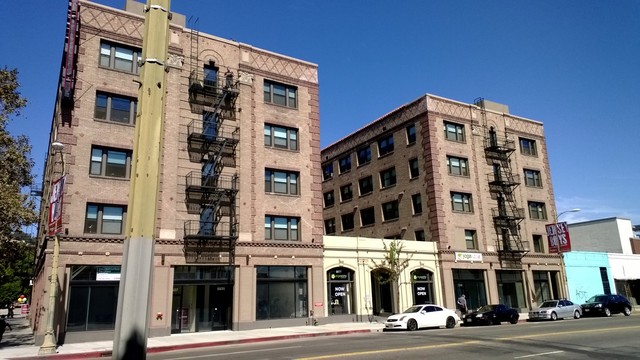 Located at the base of the Gershwin apartment building. The Richard’s #2 Adult Theatre screen ‘straight’ adult movies. It was operated in 1974 by the same people who operated Richard’s Theatre (a gay male adult theatre) located at 5228 Hollywood Boulevard.

Prior to being known as the Gershwin, the primary building operated as the St. Francis Hotel; a notorious “flophouse” where James Earl Ray (Dr. Martin Luther King Jr.’s assassin) lived for the four months leading up to his crime.

I wrote a song about this theater!