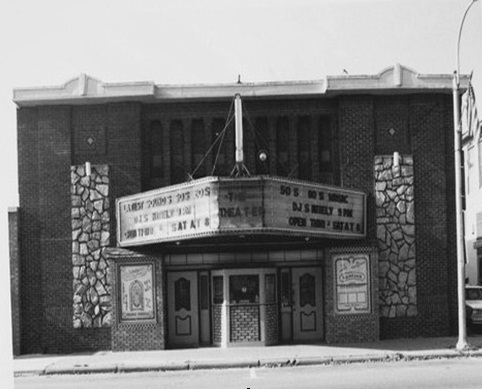 The Wisconsin Historical Society provides this page about the Classic Theatre. It was built in 1919-1920, and was renamed the Classic Theatre when it began showing talking pictures in 1927. Although designed to accommodate moves, and was equipped with an organ, the house also had a stage for live theatrical performances. The building is a contributing structure to the Water Street Commercial Historic District, added tot he NRHP in 1992.

The only significant modification to the facade was a pair of stone veneer panels which have since been removed. The facade is a good example of the Prairie Style, an American (and to a lesser extent Canadian) manifestation of the late 19th-early 20th century international movement away from architectural historicism toward a more inventive, modern style, which has come to be known as Art Nouveau.

Otto Bell, the original owner of the house, was planning a theater in Sparta as early as 1916, as reported in the May 6 issue of The Moving Picture World. The architects for the project were Parkinson & Dockendorff, of La Crosse. Despite the three-year delay in construction, I think it likely that the firm’s plans were used for the Bell Theatre. Albert E. Parkinson and Bernard Dockindorff were exponents of the Prairie Style. They designed at least two other theaters, one at La Crosse and one at Waukon, Iowa.