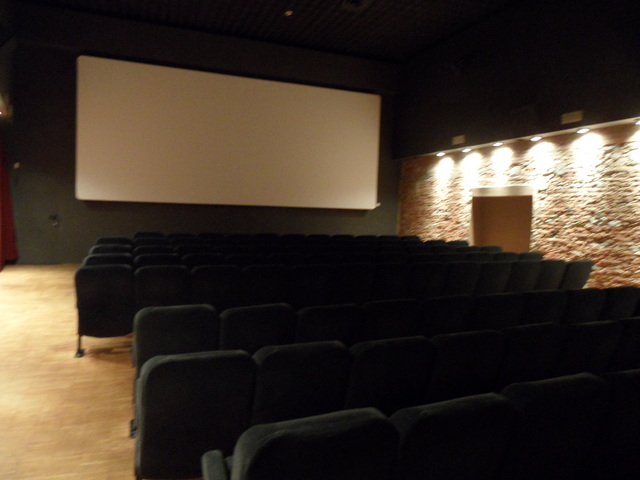 Cinema Arsenale opened in 1982 and is a cineclub, with daily screenings. It is housed in Palazzo Triglia - an old noble palace. Built in the period when the dynasty of Medici was in power, the building was used as a storage space for foodstuffs. During a renovation of the cinema in 2000 some Medieval bricks were found which are now visible inside the cinema, and a Roman pillar which is now placed in the main hall of the cinema.

The Cinema Arsenale specialises in limited release, art house films and classic cinema. There is a specialised library on cinema and video and a reading room. All screenings are accompanied by free illustrative materials (such as posters and informational leaflets). In the morning there are special screenings for schools. In addition to traditional programming, the cinema hosts meetings with authors, and silent films with musical accompaniment.

During the summer the cinema closes, and shows films in the open air (“Il Cinema All'Aperto”) in a public garden, Giardino Scotto, a short distance away.