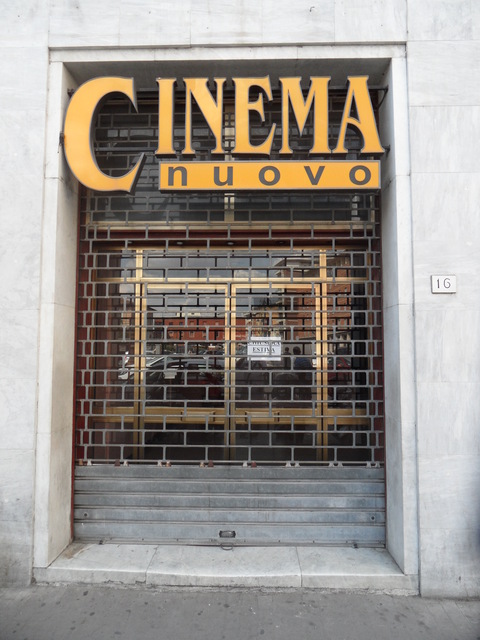 During my visit to Pisa in June 2014 the Cinema Teatro Nuovo was closed for its summer break. The inclusion of “Teatro” in its title suggests stage facilities. Certainly the auditorium block, reached through a foyer in a city block, appears quite large, belying the 320 seats quoted on an apparently authoritative Italian directory website.