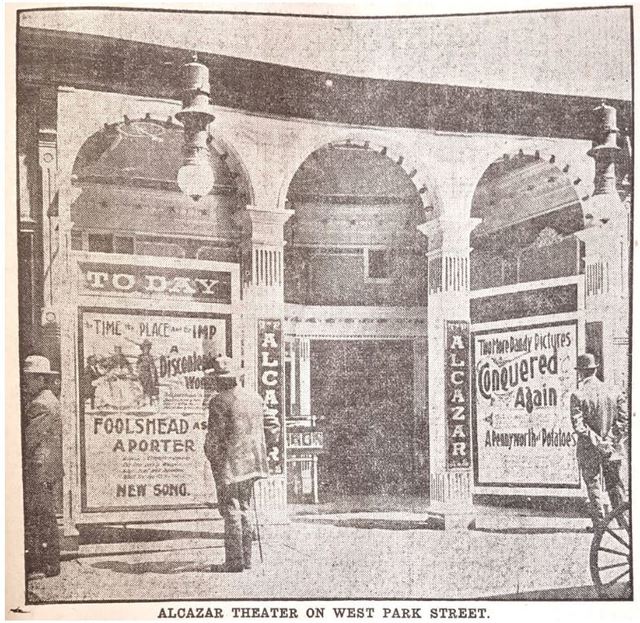 A small advertisement in The Anaconda Standard on May 13, 1908 announced the opening of the Alcazar Theatre with the slogan “The Picture Without a Flicker". A news story noted the theatre “is built with a raised floor".

The Alcazar Theatre was last mentioned in the news in 1914 and was listed on the Sanborn Maps of 1916 but later maps list it a dance hall.