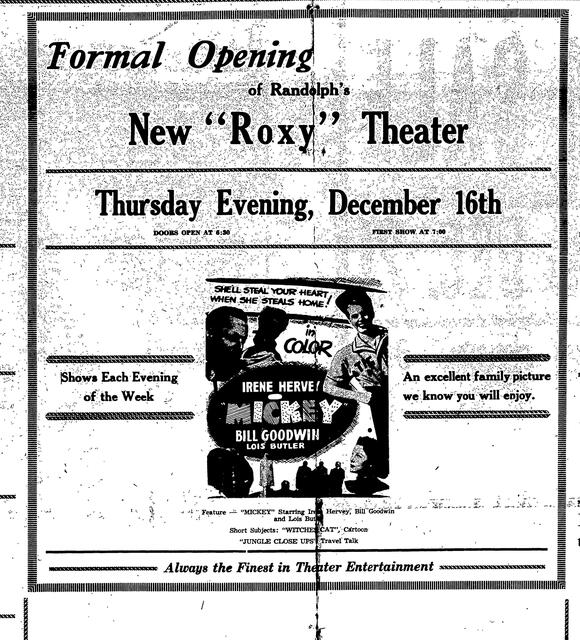 The Orpheum Theatre was listed as opened in October 1911, operated by Harlan Eveleth. On March 6, 1912 it was taken over by Mr. A.A. Ulm. In 1913 he moved the theatre and again in 1922 to its final location. The theatre seated 265. It became known as the Rand Theatre in 1939. Mr. A.A. Ulm sold the Rand Theatre to Mr. Leonard J. Leise in October 1943 who operated the theatre until its closing. In December 1948 it was renamed Roxy Theatre. It was still listed as operating in 1979. The sloped floor has been levelled and it currently serves as a warehouse.