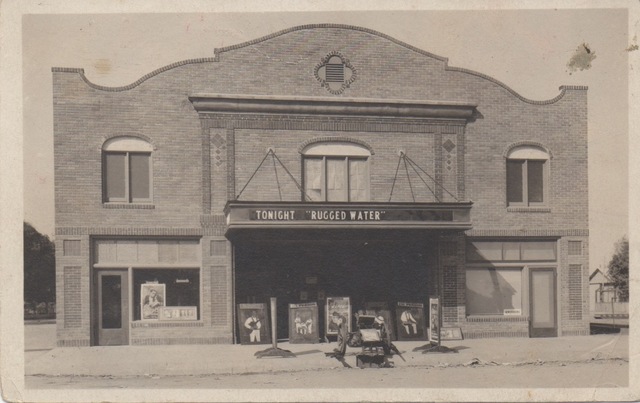 Predating the Wasco Theatre was the Wasco Hall. The Bakersfield Morning Echo reported on January 3, 1912, that with a capitalization of $10,000, the Wasco Hall Association had been formed. By 1913 the Wasco Hall was listed on the Sanborn Insurance Maps. On February 20, 1916, it was reported that the Wasco Hall had arranged with Paramount Pictures to show pictures regularly in the hall.

Mr. Thresher also stated that the old theater would be torn down as soon as the old one is finished. The Californian reported on March 28 that excavations for the new theater started a “few days ago", and by May 1, noted that it was nearing completion.

The maps of 1926 show the Wasco Hall gone and the new reinforced concrete movie theater next door. From the press reports, after 1925, the new Wasco Theatre was sometimes referred to as the Wasco Hall.

Ashley W. Thresher was my great grandfather. I have a photo postcard of the old brick theater from him to my grandmother and would be happy to post it. Instructions and guidance, please.

…I figured out how to post the photo, thanks.