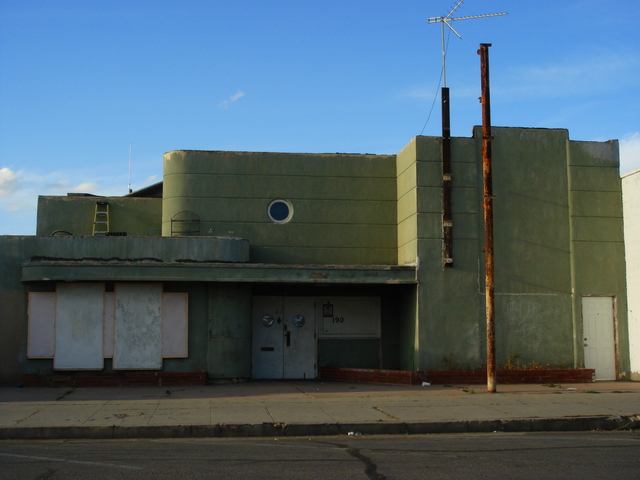 I couldn’t find much on the McFarland Theatre other than seating listed at 440. It was opened in the early to mid-1940’s and closed in the mid-1950’s.

The building is still standing but boarded up.

I’ve found no mention of the opening date for the new theater, nor the name of the architect, but Panero built several new theaters in the post-war period, and so far all those I’ve found attributed to an architect (at Selma, Shafter, and Delano) were designed by Vincent G. Raney. He’s the likely architect for this house, too, but I haven’t found confirmation.

A theater called the McFarland Theatre opened on September 5, 1941 in McFarland, owned by Frank Panero, and operated by his son August Panero. The streamline moderne theater building that still stands in McFarland would be appropriate to this date: