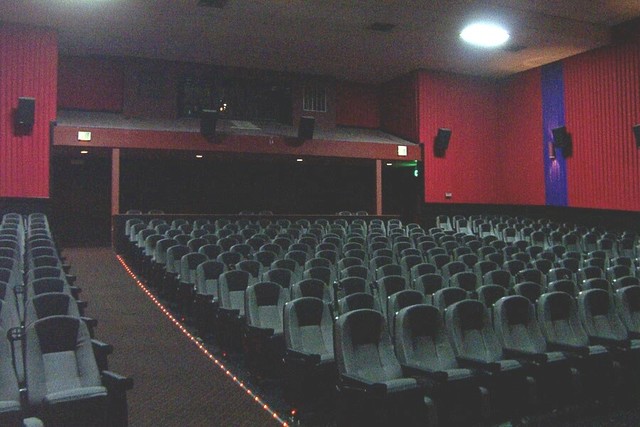 The Regal Triangle 4, which closed on January 11, 2015, had been a Regal Cinema since 1998. The location’s history goes back to November 22, 1983 when Sterling Recreation Organization (SRO) opened it as the Triangle Cinemas.

In 1986 SRO sold all of its locations to Cineplex Odeon, who held on to their theaters until 1992 when they were sold to Act III Theatres. The Longview theater was mentioned in the Seattle Post Intelligencer as one of those theaters. In 1998, after a merger with Act III, Regal Entertainment Group was formed.

The January 15, 2015 opening of a new Regal Theatre at the Kelso Mall resulted in this outdated theater’s demise. There is also a deed restriction preventing future theaters here.