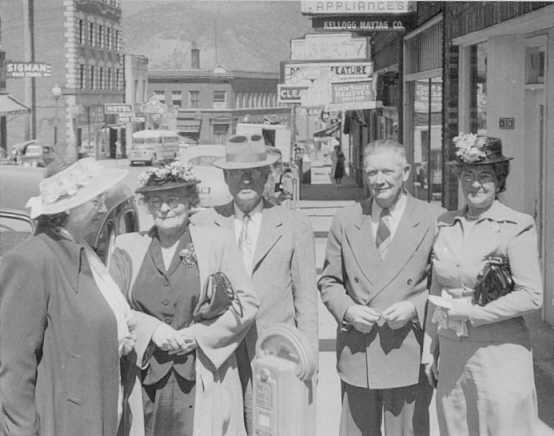 According to the few available Sanborn Maps, the Liberty Theatre was built between 1915 and 1918. On the 1915 maps there was a small unnamed theatre, on the corner, at 301 S. Main Street, which was presumably demolished when the Liberty Theatre building was built. It opened in May 1918.

In January 1940 the Spokane Spokesman-Review noted that the theatre, operated by the Moe-Simons Amusement Company, would be undergoing a $10,000 remodel and adding 600 new seats. Apparently this was a partnership between F.F. Moe and Simons, who operated both theatres in Kellogg. The Film Daily Year book of 1945 listed the Liberty Theatre with 600 seats, an increase from the 500 listed in 1930.

In December of 1959 the Spokesman-Review reported that the old Liberty Theatre would be remodeled into a furniture store. The building can still be seen today in downtown Kellogg as a printers in 2019.