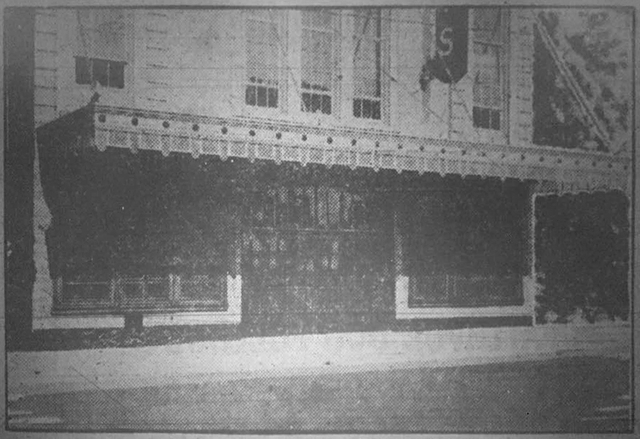 There was a Majestic Theatre in Erie, but can’t seem to locate an address.

I have contacted an Erie man who tells me that the Majestic was on Parade Street, but it may be more than ‘closed’ as listed on Cinema Tour.com It may have been torn down by now! :–(

This theater was demolished during the downtown revitalization of the late 1950’s. The redevelopment authority leveled everything from the NYC railroad tracks north to 19th St and Sassafras east to State St. The Aris was right in the middle, so this theater is long gone. Any pictures out there?

I visited this theater a few times in the early 1950’s. By that time it was a rundown theater and had seen better days. In the sidewalk in front of it said Aris. This theater showed double features, news and cartunes.

The Aris opened in 1921 with a $6,000 Gottfried orchestral organ played by Nolene McClure but it was destroyed along with virtually all of the interior on December 27, 1922 when a fire in the Aris furnace destroyed everything in the theatre and saw the collapse of the east wall. Rowland & Clark picked up the shelled out theatre in 1925 investing $100,000 in refurbishing the theatre and making it their fifth Erie property along with the Perry, State, Colonial, and Strand. Popular priced at the outset, the circuit upgraded to a Tellers-Kent two manual organ built in Erie. The theatre re-launched Sept. 7, 1925. Warner Bros. circuit took on the theatre which lasted into the television age. But TV took its toll and the theatre was closed and then demo’d.