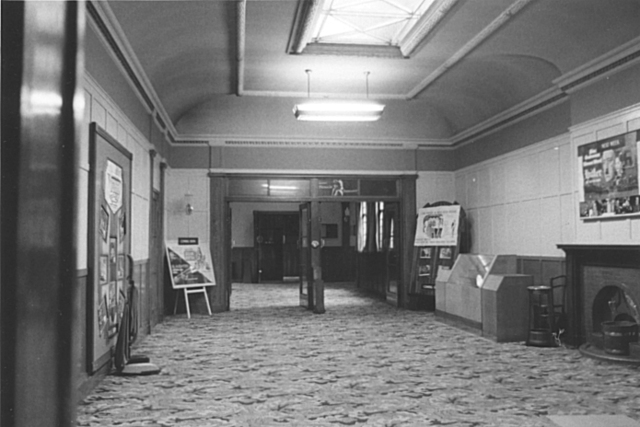 The Playhouse opened on 14th September 1921 on the site of a former billiard hall which had been modified and named the West End Picture House. Designed in the Greek style along classical lines in white Sicilian marble and Austrian oak panelling surmounted by plaster mouldings and cornices. In the auditorium, raked down from the back, then up again from the midpoint to the screen, crimson carpeting matched the plush seating, illuminated by beautiful copper gas lights with pearl-white shades.

The Playhouse auditorium was set well back from Union Street, on stilts over a dairy, so the street entrance was through a lower foyer then up stairs to the pay desk formerly situated at the street entrance but later on relocated to the right of the longer upper foyer. In an alcove at the left of the foyer stairs led up to the balcony, or patrons could double back into the Ingleneuk Café (Ingle neuk - a Scots expression for the cosy seat within the hearth of a large fireplace) where “the daintiest teas in town” were served between 10am and 6pm.

Although the café closed many years earlier, the Playhouse survived with few changes until declining audiences forced its closure and subsequent demolition in May 1974.