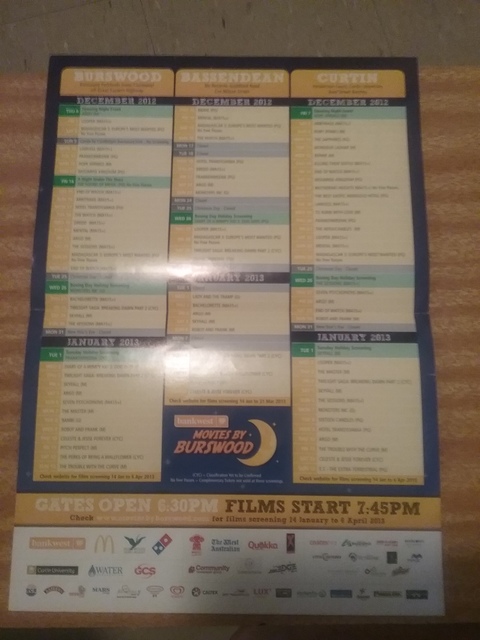 Located on the corner of Guildford Road and Wilson Street. McDonald’s Community Cinemas opened in(2012, or 2013 or 2014). Operated by Movies in Burswood, who had previously operated for a season in Stirling. The outdoor cinema is now operated by Telethon Community Cinemas who are Perth’s community outdoor cinema group, screening blockbusters, classics and all your favourite movies throughout Perth’s summer months. Run by over 700 volunteers, with four outdoor movie venues, Telethon Community Cinemas proudly donate all profits to Telethon’s kids charities. Screenings are December to March at BIC Reserve at the corner of Guildford Road & Wilson Street, Bassendean.