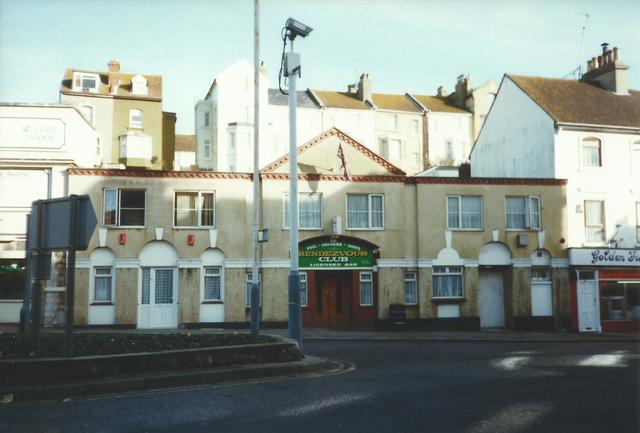 In Folkestone, Kent, the Queen’s Cinema was a short-lived cinema. Opened on 15th June 1912, with a raked floor and motorised projection, it was handicapped by pillars adversely affecting sightlines. Prices were cut, but to no avail, and the Queen’s Cinema closed at the end of 1917.

The building became a Temperance Hall then, by 1937, Day by Day Printers. After the war, it was converted into a plastics factory. More recently it has become the Rendezvous Club.