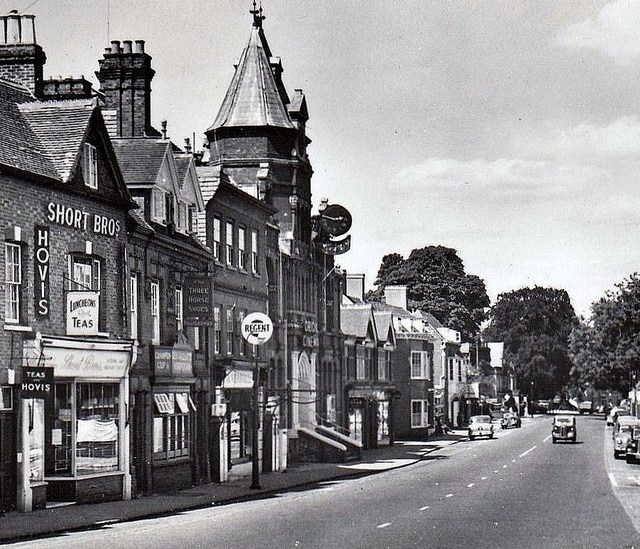 Located in Midhurst, West Sussex. The Public Hall was opened in February 1882 and designed by Horsham based architect William Buck in a Queen Ann style. Its façade was topped by a centrally placed spire. Films were screen here in 1897. It became a full time cinema from 1910 and was known as the Electric Cinema from 1922. It had had 450 seats. It had a 18ft wide proscenium and a AWH sound system. By 1937 it had been renamed Cinema and in 1938 it was re-named Town Hall Cinema. and by 1944 it had been equipped with a British Acoustic(BA) Duosonic sound system. Alterations had been carried out to increase the seating capacity to 560 and widen the proscenium to 35ft, the stage was 25ft deep and there were two dressing rooms.

In 1947 it was re-named Orion Cinema and boasted a café for the convenience of its patrons. Seating had been increased to 750. The Orion Cinema was closed on 15th September 1962 with “Twice Around the Daffodils” and “Candidate for Murder”. It was demolished in 1966 and a supermarket was built on the site.