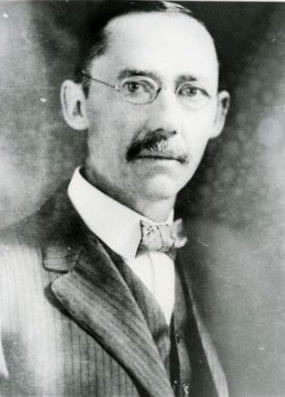 This brick structure was constructed in 1888 by Charles Durand and reportedly housed a hardware and stove store in 1890. Durand had long desired to fill the void in Glenwood Springs for a community meeting hall/opera house. Such facilities were a common accoutrement of many Colorado towns of the time and Glenwood Springs was in dire need for such a place for the townsfolk to gather to discuss ideas as well as for the provision of fine cultural experiences and entertainment to the community. There was one existing (and first constructed community hall in the town) meeting place called Hyde’s Hall (located on the corner of Cooper and Grand Avenue) that had been built in 1886 and was suitable for small, largely informal community gatherings but was never any sort of auditorium, by any stretch of the imagination.

The original proposal called for a 3-story building that would house retail on the first floor and the opera house on the second and third floors (the seemingly standard opera house layout of the time, in this region) but instead, the the plans were scaled down and single-story structure was built. Durand’s ideas of expansion finally blossomed and he built an auditorium and stage in 1890. In late-April of 1891 and on April 25th, 1891 the I.O.O.F. Convention and State Bridge Dedication Cerimony were held in part of the opera house. In May of that year, Durand’s Hall held the honor of hosting United States President Benjamin Harrison who gave a speech within the hall. In 1901, John Philip Sousa and his band took stage giving a “rousing performance of marches here, drawing an audience from far beyond the city limits of Glenwood Springs”.

In 1905 the theatre was rechristened the Glenwood Springs Opera House. *The Opera House had changed its name to The Odeon Theatre at some point in the 1900’s and either added or converted to exhibiting motion pictures. The Odeon Theatre met its first competitor in 1907 with the construction and subsequent opening of the Pastime (Glen) Theatre, a mixed use venue intended for plays, concerts and motion pictures, located in the 800 block of Grand Avenue. In 1910 the Pastime Theatre underwent some improvements (of unknown detail) and reopened in March of 1910 rechristened the Isis Theatre and not long after this rebirth, the Isis Theatre largely shifted its focus to the exhibition of films and this competition was a blow to the Odeon Theatre’s motion picture business; there simply was not enough patrons for two motion picture theatres in those times and the Odeon Theatre stopped screening films in 1912.

In the 1920’s, the Odeon Theatre was hosting dances and (apparently resumed) showing silent movies. *During his temporary residency in town during the filming of “The Great K and A Train Robbery” in 1926, the legendary silent/western actor Tom Mix staged a prize fight at the Odeon Theatre. Parts of the above film were also filmed the Odeon Building itself. A special fundraiser screening of this film was shown in the theatre on Friday, May 22rd 2003.

In 1927 the Odeon Theatre became known as the Odeon Dance Hall. In 1946 the theatre was connected the neighboring building to the east Since 1948, the Fraternal Order of the Eagles, Glenwood Springs Lodge Aerie No. 215 has used the building for their lodge and it is still fairly active in terms of being an entertainment venue.

*the above section marked off in asterisks contains some conflicting information that needs to be clarified. Ironically, the conflicting claims come from the same publication and the same author in two different articles. An article dated March 28, 2005 from the Glenwood Post Independent’s “Frontier Diary” column written by Willa Soncarty of the Frontier Historical Society titled “Glenwood Springs Has A Rich History of Movie Theatres” (largely focusing on the Glen Theatre aka Isis Theatre) includes the below segment which implicitly leads one to believe that the Opera House had already become a motion picture theatre called the Odeon Theatre at some point before 1912, ceasing its film screenings in 1912:

“It was standing-room-only when the Isis Theatre opened its doors for the first time on March 16, 1910. The Glenwood Dramatic Club gave a first-rate performance of the comedy "Men, Maids and Matchmakers,” which kept the audience laughing and applauding throughout the show. Ollie Thorson, the man who built the theatre, was pleased to see his latest improvement to Glenwood Springs' downtown so warmly received. His new building at 823 Grand Avenue was designed to bring culture and entertainment in the form of plays, concerts and moving pictures to town. Soon, the Isis Theatre’s entertainment focus shifted primarily to showing moving pictures. This placed the theatre in direct competition with the Odeon Theatre on 7th Street (located in today’s Eagles Lodge). Realizing there was not enough patronage for two movie houses, the Odeon Theatre stopped showing movies in 1912."

In another article from the same paper, same column and same author dated January 30, 2006 which was untitled but focused exclusively on the Glenwood Opera House/Odeon Theatre’s history, we are missing 20+ years of history between 1901 and the 1920’s but we are directly told that the opera house transitioned into the Odeon Theatre then and began showing silent movies (see excerpt below:

“On April 25, 1891, the I.O.O.F. convention and State Bridge Dedication ceremonies took place in part at the opera house. In May 1891, Durand’s Opera House welcomed its first dignitary when President Benjamin Harrison delivered a speech within its halls. A decade later, John Philip Sousa and his band gave a rousing performance of marches here, drawing an audience from far beyond the city limits of Glenwood Springs. By the late-1920’s the opera house became known as the Odeon Theatre, hosting dances and silent movies.”

The website operaoldcolo.info cites a specific year for the Odeon Theatre/silent movie house transition and being 1919.

Can anyone help me figure out which is the correct history here? •Did the Odeon Theatre perhaps close/abandon movies in 1912 and resume in 1919 (or the 1920’s) or is one of the two alleged eras of the Odeon movie theatre inaccurate? •Was the competing movie house cited in the first article perhaps a completely different venue? •Some big chunks of history are missing: the period between 1912-1948 (if the first story is correct) OR the periods of 1901-1919/1920’s and 1927-1948 if the second one is correct. I’ve found nothing at all about this theatre from 1927 until the Eagle Lodge takeover. •Why were these two buildings joined in 1946 and what was the eastern building originally? While it is still home to the Eagles Lodge (as it became in 1948), it is also an event venue often hosting the public-largely the same function as the original opera house (sans the fraternal order lodge). Has this always been the case?